Shaping Tomorrow Consultants LLP was founded by Mr. Anurag Goel and Ms. Barkha Khanna in 2014 as a think-tank and knowledge organization to actively work as a partner and a catalyst in the initiatives by the government, in partnership with corporates, academia and civil society for creating the India of our dreams.

Invent the Future to Shape a Better Tomorrow.

To catalyze and assist governments, corporates, and civil society in inventing a future India as a people-oriented economic powerhouse, through citizen-centric good governance, consumer-centric competitive markets, technology-centric individual innovation and productivity-centric corporate strategies, in sync with the Sustainable Development Goals.

Projects taken up by Shaping Tomorrow are housed in one of the five centres, but draw knowledge and resources from other centres also.

Mr. Anurag Goel was a career civil servant, who joined the Indian Administrative Service (IAS) in 1972. He served in Government of India in 6 Ministries including Civil Aviation, Health, Finance and Corporate Affairs, and in various assignments in the State of Uttar Pradesh. He received a number of awards during his service period, including the Prime Minister's Award for Excellence in Public Administration (being the highest award for civil servants in India). He was Secretary, Ministry of Corporate Affairs, GoI for more than three years (2006-09), and on retirement took up the assignment of Member, Competition Commission of India (CCI) for five years. He has substantial knowledge and experience of the corporate world, from the government/ regulatory perspective as also as a director on a large number of boards.

Mr. Goel is known globally for his management skills as Secretary, Ministry of Corporate Affairs, in handling the crisis in 2009, arising out of a US $1.50 billion fraud by promoters of Satyam, one of India's largest I.T. companies. He was instrumental in formulating, and executing in 99 days, a plan to save Satyam without any Government funding, through path-breaking legal and management innovations. India's unprecedented and globally unique success in saving Satyam won international acclaim, with Mr. Goel being called "The Saviour of Satyam".

To watch the interview video on how Satyam was saved by Mr. Anurag Goel click here.

Mr. Goel set up "Shaping Tomorrow Consultants LLP" in 2014, and is moving deeply into devising technology based governance reforms and corporate strategies to help shape a better tomorrow, involving use of Analytics and Big Data for trend analysis and forecasting future scenarios.

Mr. Goel has been advising the Government of Assam since September, 2015 in designing the strategy for implementing Sustainable Development Goals (SDGs). As a result of the progress made by the State Government after accepting the architecture suggested by Mr. Goel, Jeffrey Sachs said that Assam is leading the world in implementation of SDGs, and the UN Agencies in India are now quoting Assam Government's SDG initiative to other States as a worth-emulating example.

Mr. Anurag Goel is the only person in India who has been involved in all stages of introduction and enforcement of competition regulation in the country. First as Secretary, Ministry of Corporate Affairs he was deeply involved in the drafting and piloting of the game-changing Competition (Amendment) Act, 2007 and in deciding the structure and manning of the Competition Commission of India (CCI). Later as Member, CCI he set up the merger review regime in the country, and his responsibilities included enforcement, deciding cases, taking up advocacy initiatives etc.

Managing Partner Ms. Barkha Khanna is an expert on issues across critical sectors like gender, health, sanitation and water supply. She has a Master's Degree in Gender and Media from London School of Economics, London. She is currently a free-lance consultant with the World Bank and Bill & Melinda Gates Foundation.

Ms. Barkha Khanna has technical expertise in developing original, relevant and impact creating communication strategies and products. She is one of the key architects in constructing the Health Sector Support (HSS) Knowledge Management Strategy of GTZ India (now GIZ, German Technical Cooperation). She assisted in the delivery of urban sanitation programs with state governments of Madhya Pradesh and Tripura. Her key contributions include re-packing issues like gender, sanitation and health in people-friendly outputs that has wide ranging public health impact.

Ms. Barkha Khanna is currently working with Bill and Melinda Gates & IIHS for Tamil Nadu Urban Sustainable Sanitation Program. She is assisting the project in development of policies with a range of stakeholders including Tamil Nadu Govt., urban sanitation community, civil society organizations & other stakeholders.

She is a highly experienced professional. She started her professional life in 2000 as the Head of Department of Theme Features Section and in 2003 became the Principal Correspondent of Political Bureau. From 2004-2009, she was working with German Technical Cooperation India (now GIZ), New Delhi. Then she worked as a consultant in World Bank from 2010-2015.

About Shaping Tomorrow as an Organization

As an organization into the business of "inventing the future", Shaping Tomorrow has itself been designed in the image of organizations of tomorrow, keeping in mind the "future of work"; a significant part being virtual, with experts drawn from the "gig economy" for "project-based" engagement, instead of the traditional "period-based" mode, treating them as partners and not employees.

Shaping Tomorrow has been, and continues to be involved in a number of diverse initiatives in sync with its Mission. It has been mentoring and engaging with new start-ups, and is also in dialogue with established start-ups. It is also working on strategies for briefing and assisting Governments in ushering in "Future-Ready Governance".

In September, 2015 the Government of Assam accepted the suggestions of Shaping Tomorrow in regard to a new kind of Governance Architecture, and also the suggestion to take up this transformational initiative around the theme of Sustainable Development Goals (SDGs). Shaping Tomorrow has since been working with the State Government and UN Agencies for implementation of SDGs. It is also working on specific initiatives with different Ministries in Government of India, focussing on introduction of new / disruptive technologies and organizational reforms.

The five centres in Shaping Tomorrow are engaged across a wide spectrum of activities in sync with its aspirational mission. More and more high quality people are joining to walk with it on its journey to shape a better tomorrow, moving together in the direction of Shaping Tomorrow becoming a powerful thought-leader and an effective partnership platform for delivering transformational outcomes.

Shaping Tomorrow has been designed in the image of organizations of tomorrow and is involved in a number of diverse initiatives and activities. Keeping in mind its aim to invent the future and shape the better tomorrow that we dream of, Shaping Tomorrow works with experts from corporate companies, governments, educational institutes, NGOs and other established start-ups, treating them as partners and not employees. It puts together hand-picked teams for each of the projects, drawing on the large number of top quality partners. Shaping Tomorrow's partners provide invaluable ideas and in-kind support, and are vitally important in shaping the better tomorrow.

Please visit our contact us page to contribute your ideas or join our initiatives.

Learn more about our centres

Learn more about our projects 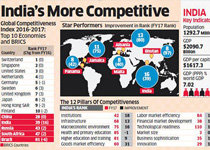 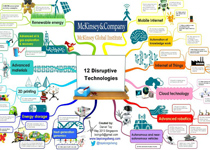 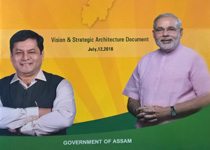 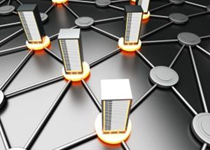 The Revolutionary Blockchain
The blockchain technology that underlies crypto currency has the potential to disrupt a wide variety of transactions and processes beyond the traditional systems.
Read More